In 1983, three young people barely out of their teens began a public health revolution by treating patients who had been abandoned by the health establishment.

The community health model they developed to treat diseases like tuberculosis & HIV/AIDS has saved millions of lives in the developing world.

Their fight for universal health equity became a global battle in the highest halls of power for the right to health for all.

Thirty years ago, as much of the world was being ravaged by horrific diseases like HIV/AIDS and tuberculosis, three remarkable young people, barely out of their teens—Jim Yong Kim, Paul Farmer, Ophelia Dahl—came together in a squatter settlement in Haiti.

Determined to provide the same world-class level of medical care they would expect for their own families to the Haitians that soon became their friends, they faced obstacles so enormous they weren’t even considered surmountable by the rest of the world.

They managed to bring together the resources to build real health clinics in areas that had been ignored by everyone else—where patients were as likely to arrive by donkey as by ambulance—and stocked them with the same medical supplies that could be found in places like Harvard Medical School. (Indeed, in some cases, supplies that were found at Harvard made their way to Haiti.) 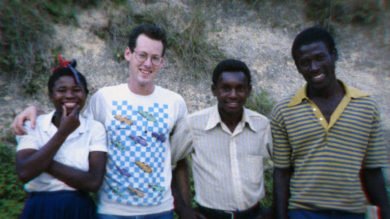 Idealistic but very inexperienced, they suffered tragic early failures that made them question the way they were delivering health care. This led them to develop, in partnership with the patients themselves and guided by medical anthropology, a revolutionary and controversial model: training their friends and neighbors—ordinary Haitian villagers—as health care workers.

And most remarkably—despite enormous resistance from the outside world—they treated diseases that the experts had determined could not or should not be treated in the poor because of expense and difficulty.

The groundbreaking work they began in Haiti—creating a remarkable model of how to deliver the highest-quality care in the most unlikely places—would eventually grow to have massive global effects.

They expanded beyond Haiti to Peru, then onwards to Rwanda, where they helped rebuild the country’s health care system. They averted a deadly MDR-TB epidemic, treating dying patients against official World Health Organization policy. They took on HIV/AIDS—becoming the first doctors in the world to treat patients in rural settings with full courses of anti-retrovirals.

As a result, world policies changed, deeply entrenched ideas transformed, and millions of lives were pulled back from the brink of death.

Through remarkably candid interviews and stunning never-before-seen archival and on-the-ground footage shot in the midst of a deadly epidemic, the audience is immersed in the struggle of these fiercely dedicated characters as they fight ancient diseases, scrape together funding with the lives of their friends on the line, face scorn and hostility from the global health establishment, and suffer heartbreaking mistakes from their own lack of experience.

Reaching far beyond the issue of health care, Bending the Arc shows how moral imagination, strategy, and sheer will together can change the trajectory of the world, bending the arc of the moral universe closer to justice.